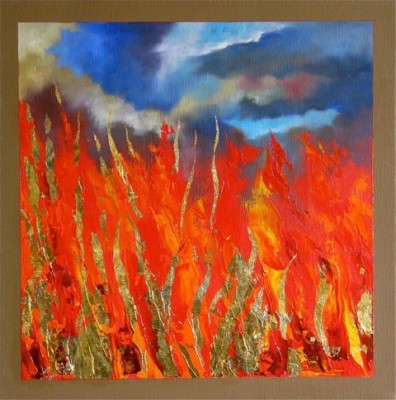 Colin Goode started painting in oils over sixty years ago as a high school student. During his first career as a teacher he had occasional opportunities to teach art in Johannesburg, South Africa and in England. Later as the director of a multi media company in Cape Town he worked with artists and photographers in the production of documentary movies. In his late thirties he studied theology at Nottingham University and then at Fuller Seminary in Pasadena, CA. During his thirty-year career as an Episcopal priest he never lost his love for painting and attended a number of art workshops. He now works as a full time artist on Lopez Island and teaches regular landscape workshops in oils. Over the past seven years he has added teaching Byzantine iconography to his workshop schedule. His work has been shown in South Africa, England and the United States. Paintings have been purchased by clients in those three countries as well as in Australia and Dubai.

All work by Colin Goode