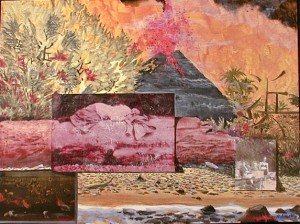 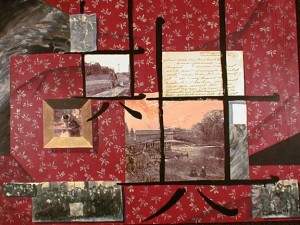 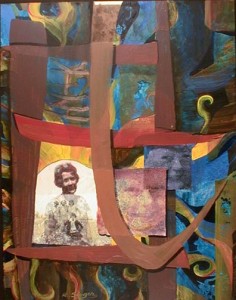 Richard Singer has been creating paintings in the Pacific Northwest since the early 1970s. His off-center art pieces are in collections in Washington, Oregon and California. Since 1999, the artist has been including transferred and altered vintage photographs and old print media images in his works, which have added evocative reflections of the past to the paintings.

A former president of the Northwest Watercolor Society, Richard has strayed far afield from his pure watercolor roots. “You can't stop using your imagination and creative impulses to stay in line with watercolor show rules. I don't want to restrict myself in any way,” he says. His Kanji series includes old Chinese-based Japanese written characters. The nature of these characters as miniature pictographs with ancient origins fascinates him. The current themes are simple: earth, air, war, trees, fire, for example. The paintings themselves, however, may get complex, some taking weeks to execute. “I'm not running out of subjects,” he says. “As I get older, my growing sense of awe makes them grow geometrically.”

Richard Singer has been honored with many awards and art jury selections over the last 30 years. He was recently asked to participate in the Year 2000 60-year watercolor retrospective at Seattle's Frye Art Museum. Singer studied art at the University of Washington and Cornish School in Seattle. His major influences have been former acquaintances Kenneth Callahan and William Wiley. He particularly admires the works of J..M.W. Turner, Paul Klee and Robert Rauschenburg.

All work by Richard Singer